Wife of the richest man in the world, Melinda Gates, was pictured on Saturday carrying on her head a bucket of water fetched from a village in Malawi

Net worth of the United States’ billionaire Bill Gates, according to Forbes magazine’s annual list of the world’s billionaires, stands at $76 billion.

The billionaire’s spouse, who described herself as “philanthropist, businesswoman, mother, passionate advocate for women and girls,” posted a photo of herself with a 20-litre bucket of water on her head alongside two other Malawian women, walking on a dirt road.

In another picture posted on her Instagram page, she was seen doing the dishes in a Malawian village.
Describing her experience, Gates said on her Facebook page, “During my stay in Malawi, I joined the women collecting drinking water. I carried 20 liters and it was tough. Meanwhile, Chrissy (middle) is carrying about 40 liters. Many women do this every day.” 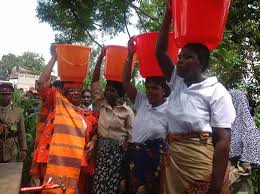 She has been described as one of the world’s famous social activist “who is trying to serve the people in ignorance.”In June, wife of the US billionaire met with Malawian President Peter Mutharika at Kamuzu Palace in Lilongwe. The agenda was to discuss the promotion of safe motherhood and maternal health in the country.
(Visited 71 times, 1 visits today)
Local Malawi News

A video of a guy and his girlfriend doing...

Several Secondary School students have been making it to...
FaceofMalawiNEWS