Social media went in complete pandemonium yesterday after Tay-Grin posted some pictures which he posed with some of US hip-hop artists at the Secret Solstice Festival event which the Nyau-King was also among other African artists invited to perform at the event in Iceland.

Grin revealed online that he had brought with him a gift to Rick Ross which was a special wooden stick made in African which Kings like Rick Ross deserve to be carrying as a sign of royalty, power and respect.

He wrote,” The NYAU KING & THE BIGGEST BOSS RICK ROSS @richforever. I told Rozay that where am from kings carry staff like the one his holding. I got that particular one hand made special for him before I left Malawi. It’s made out rare African strong wood reserved for royalty. Being the biggest boss I felt it was only right to give him such a gift. A great symbol of power and respect. #2017 #fireEVERYWHERE.”

However, minutes after posting the photos, online people had already started reacting that led to an argument between Nathan Tunes who also was at the event and a Facebook user with a name Ten May.

Ten May posted the below status that led to a whole disagreement and it received many likes and comments by some Malawian artists like Third Eye and Hazel Mak who Is also in a relationship with Nathan Tunes. 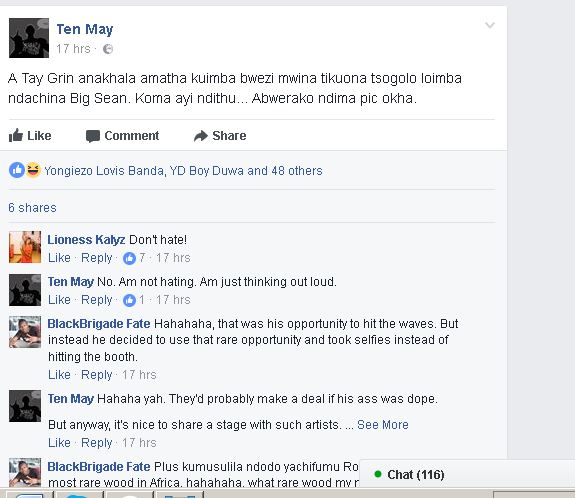 The status then attracted mixed reactions and minutes later, Nathan Tunes who also had a chance to pose with some guys at the event commented by firing back at Ten May….SEE BELOW 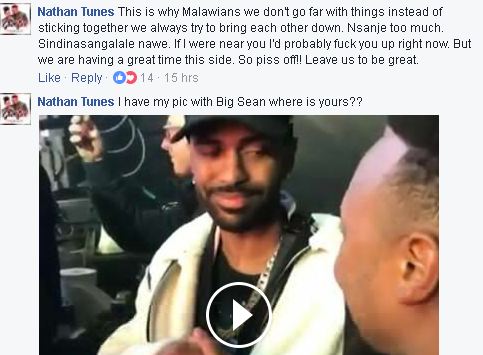 The war of words further went on and Mandela Mwanza a.k.a Third Eye jumped with his laughing comment as well as Hezel Mak backing up her man, Nathan Tunes with a comment “Go Baby”….Lol

Also commenting, was a reggae artist Roy View Banda who admired the support the couple has for each other…..SEE BELOW 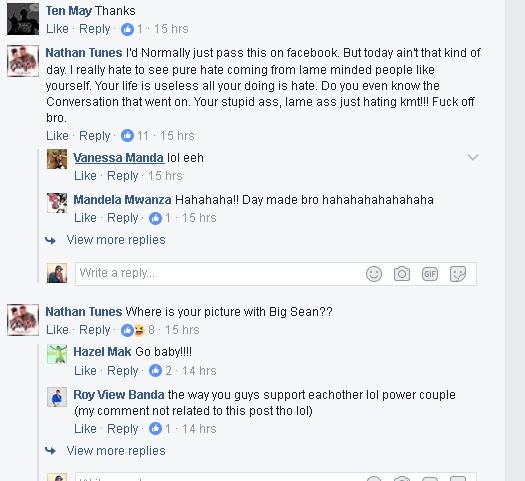 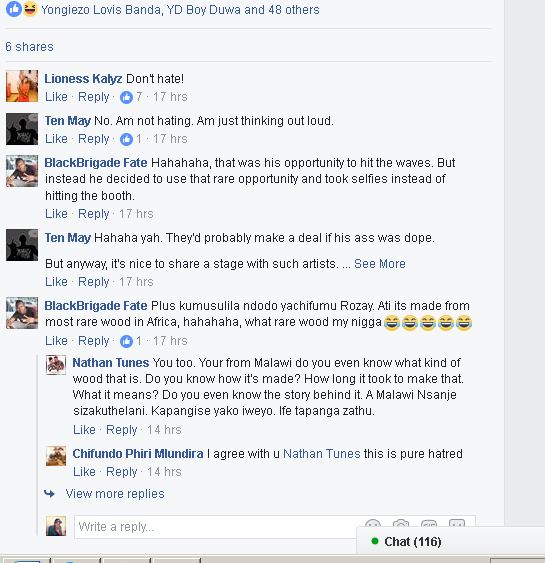 To make it even more painful for Ten May, Nathan Tunes went on posting other photos he took at the event…SEE BELOW 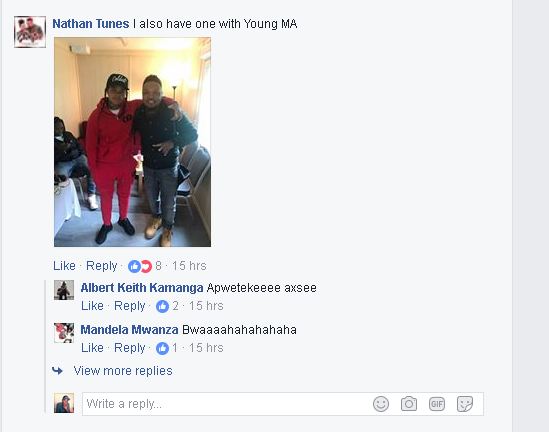 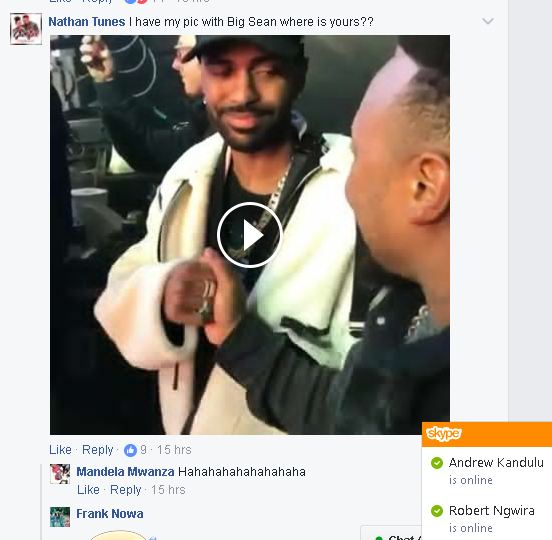 Commenting on Ten May`s status was also Mwanache and the beef addict, Avo kado…SEE BELOW 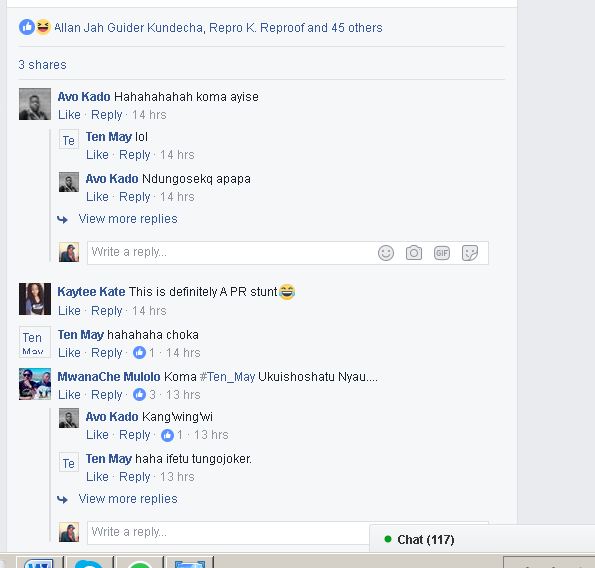 See other people`s comments below 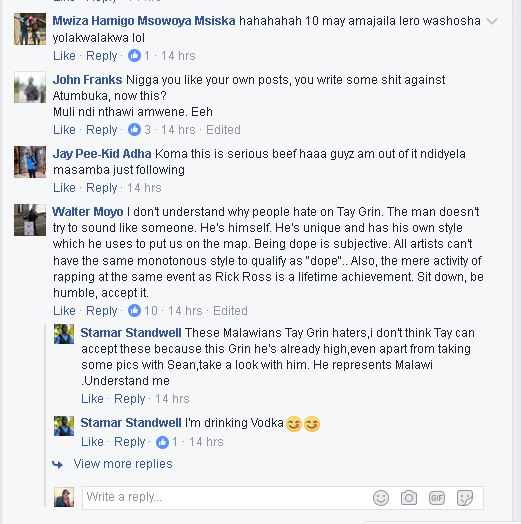 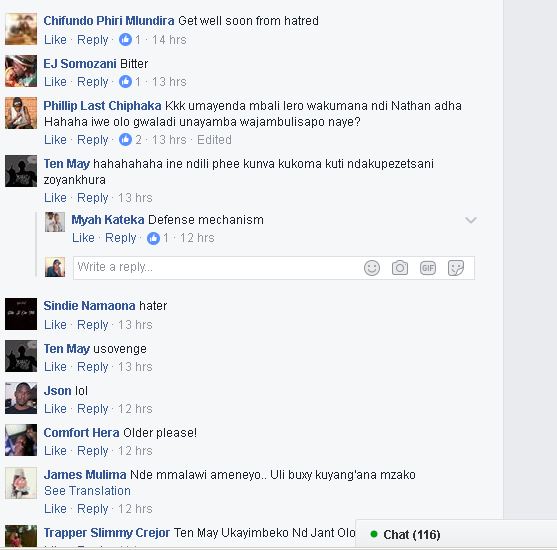