I Asked Him to Be My Boyfriend & He Said Yes! – Pretty Lady Inspires Women, Shares his Photo

A woman who asked a guy out him has given other women hope as she celebrates her one year anniversary. 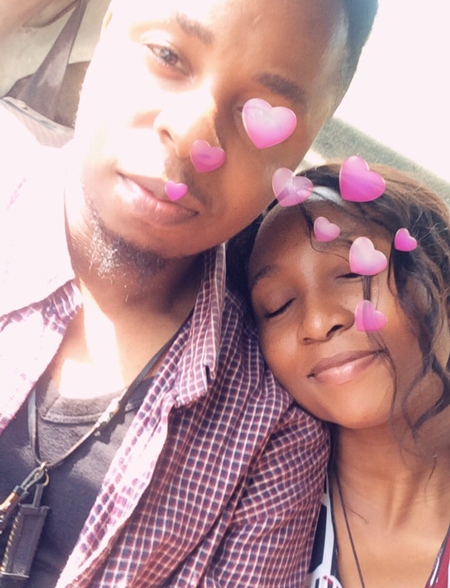 A Twitter user identified as Myde (DamilohunA) has taken to the social networking platform and shared some romantic photos of her boyfriend who she reportedly asked out by herself.
According to the pretty lady, she broke the norm and asked a guy she likes out sometime ago, and he said yes to her as they are now celebrating their one-year annivessary.
The lady used her story and urged other women who like a man not to be ashamed and shoot their shot to the guy they have been crushing on.
“This time last year I asked this man to be my boyfriend and he said yes. Ladies don’t be afraid to shoot your shot. It’s our anniversary,” she captioned some photos.
See more photos below; 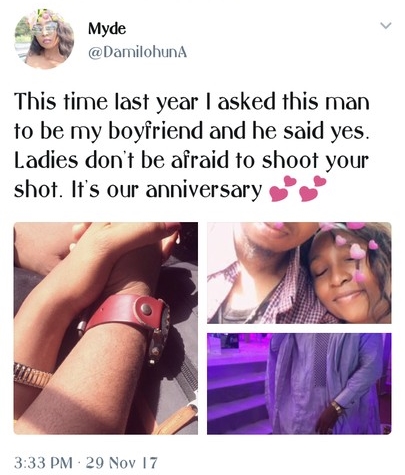 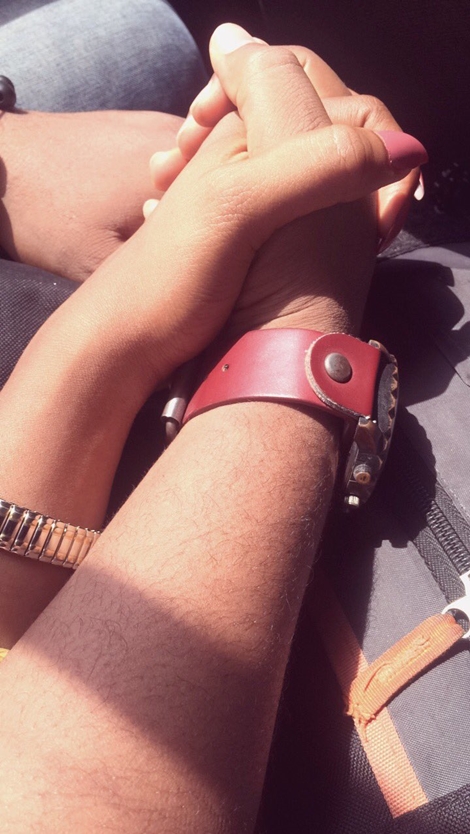 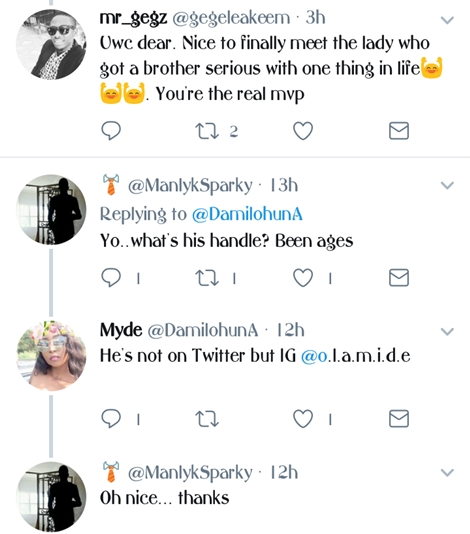 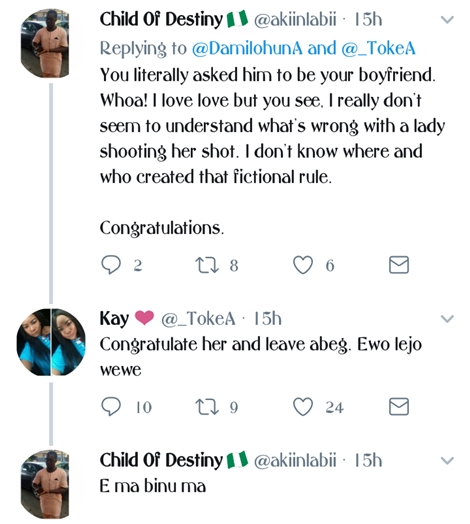