Speaking in the meeting which held on February 16, 2018 in Nchokela, Blantyre, Traditional Authority Somba, Tembo told chiefs who turned out to be in forefront civic educating communities the farming methods that may curb the effect of climate change.

‚ÄúWe cannot deny that the harvest will be low, many areas around here have suffered prolong dry spell in this rain season so we need to learn from this. Yes! It‚Äôs high time we started using modern methods of farming that may improve soil both its water holding capacity and fertility,‚Äù Tembo said.

Tembo described the farming which could be preferable in dry spell conditions as munching, box ‚Äìridging, terracing , and these among others.

In an interview Tembo said he has also told chiefs to ask communities to have clubs which will have an exemplary farm.

‚ÄúWe have much knowledge on how crops can gain endurance in dry spell conditions and how to deal with these red worms so we think is very easy for communities to learn if they are organized in clubs,‚Äù he said.

Tembo concluded by asking communities to plant more trees (emphasizing on those that add nutrient contents in soil) to reduce the effect of ozone ray.

‚ÄúI am very happy, the organization has just come in time as over 4000 households in several communities here are likely to suffer low yields in this coming harvesting season. I hope next rain season if small holder farmers will follow this are going to be shielded over such dry spells and still to have hamper harvest,‚Äù Likambala optimistically said.

Likambala also asked small hold farmers in communities always follow agricultural advisors if they are to have hamper harvest each year.

Group Village Mlenga, who was again present at the meeting commended the organization‚Äôs effort rendered in improving livelihood in the communities.

‚ÄúMy people will benefit with these improved methods of farming and the problem of low harvest as it is expected this year will no longer be an issue,‚Äù Mlenga said in vernacular.

Victoria Omar, the secretary of women based organization who was also present at the meeting praised the farming techniques, saying if followed the hunger will be just old song.

‚ÄúThe meeting is very useful if followed dry spell will be like just cold weather which just needs a coat,‚Äù she said.

Omar also bemoaned over how women are the ones suffer most when hunger strikes families.

‚ÄúIn rural areas women are the ones suffer most from climate change as you know we cultivate crops alone while our husbands are at work or just taking beer at drinking joints. So if we are going to harvest more, we may no longer struggle with hunger,‚Äù She concluded.

Energy researching center registered in 2014 and are working with communities to help them to curb the effects of climate change on crop production. 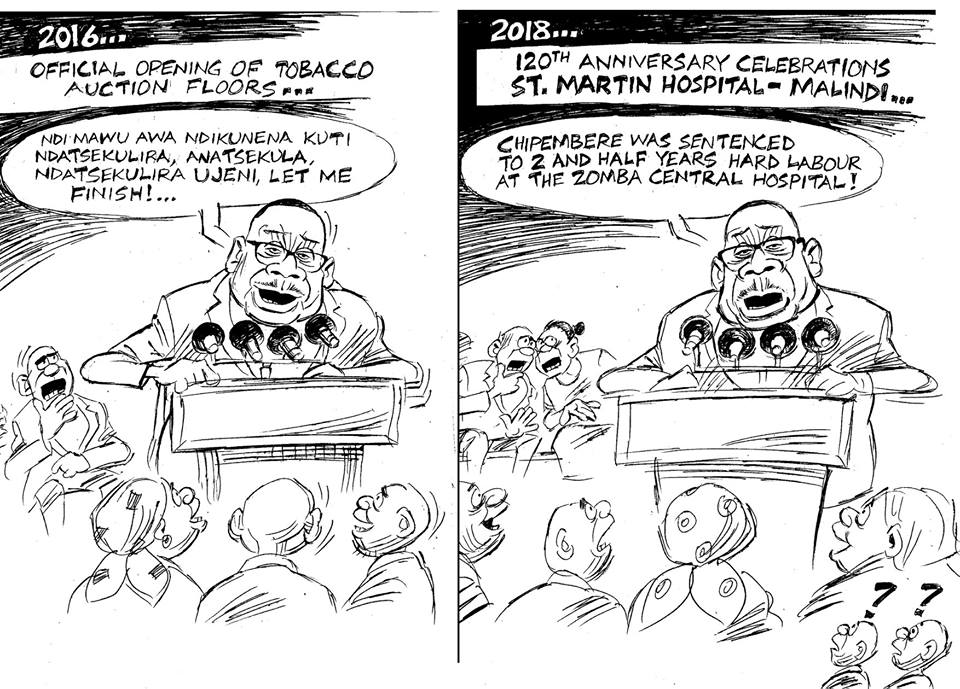 IS GOVERNMENT TRYING TO BUY CHEAP VOTES AT THE COST OF TAX-FUNDED PROJECTS?