South Korean beauty brand Innisfree has attracted a lot of criticism after a bottle labeled as being made of paper turned out to be plastic simply wrapped in thin cardboard.

Innisfree,¬Ý a company that specializes in naturally-inspired beauty products, apparently didn‚Äôt expect anyone to actually check if the bottle for its face serum was actually made of paper, as suggested by the texture of the packaging and the ‚ÄúHello, I‚Äôm paper bottle‚Äù branding printed on it. Only someone did check, slicing open the thin cardboard only to find a regular plastic bottle inside. This person posted photos of their discover on a Facebook group called ‚ÄúNo Plastic Shopping,‚Äù and it didn‚Äôt take long for them to go viral.

The customer reportedly posted in the Facebook group that they felt ‚Äúbetrayed when finding out that the paper bottle product was actually a plastic bottle,‚Äù and their sentiment was shared by the other members, as well as by all the people who had tried Innisfree‚Äôs Green Tea Seed Serum and believed it to have eco-friendly packaging.

South Korean media outlets were quick to cover the story, and the wave of criticism prompted Innisfree to issue a statement, only the company‚Äôs explanation wasn‚Äôt very well received.

‚ÄúWe used the term ‚Äòpaper bottle‚Äô to explain the role of the paper label surrounding the bottle,‚Äù Innisfree said in its statement. ‚ÄúWe overlooked the possibility that the naming could mislead people to think the whole packaging is made of paper. We apologize for failing to deliver information in a precise way.‚Äù

So they printed ‚ÄúHello, I‚Äôm paper bottle‚Äù on a bottle seemingly made of paper and didn‚Äôt realize people would assume that it‚Äôs actually made of paper. Yeah, that sound like an honest mistake‚Ä¶

In an attempt to shift focus to the positives, Innisfree also mentioned that the colorless plastic bottle hidden inside the cardboard exterior is recyclable and eco-friendly as it uses 51.8 percent less plastic than conventional packaging. Also, that paper shell provided users with information on how to separate and recycle the packaging.

‚ÄúMany of those who chose the given product were trying to reduce harmful impacts to the environment. I feel that (the company) took advantage of them (through misleading marketing),‚Äù the person, who preferred to remain anonymous, said.

Interestingly, Innisfree did put out a YouTube video about 8 months ago clearly showing that there was a plastic bottle inside that paper shell, but they could have definitely done a much better job of informing consumers‚Ä¶ 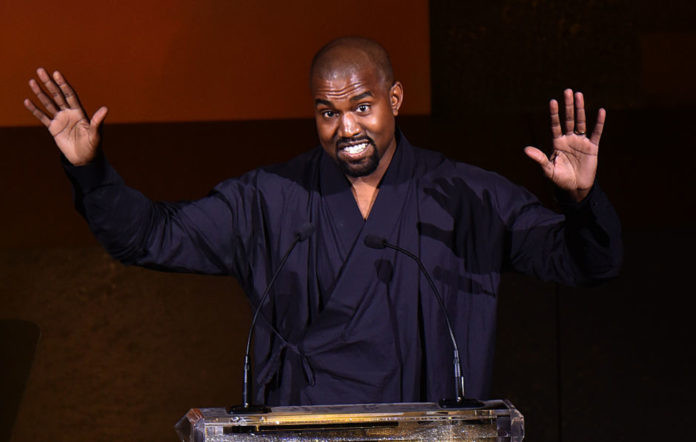 Kanye West drops out of 2020 US presidential race