A British OnlyFans star says she has the most heavily tattooed vagina in the world, with an artist needing five separate sessions to needle her labia.

Over the years, Becky Holt, 34, has spent more than $42,000 on a tattoo “bodysuit” with artworks adorning her entire frame, from her face to her feet.

The blonde made sure not to neglect her pubic region, and recently sought to have the sensitive area inked — despite an intense amount of agony it caused.

“I was in an incredible amount of pain,” Holt told Ark Media of the fifth and final ink session that she underwent on July 5.

“It’s quite embarrassing having a tattoo artist between your legs but it needed to be finished as I want my body suit to be fully complete,” the mom-of-one added. 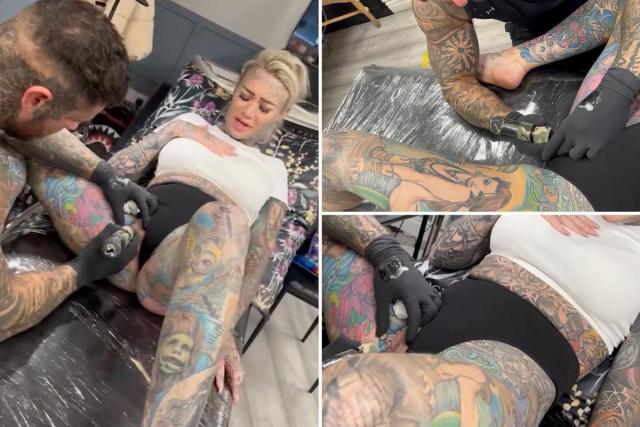 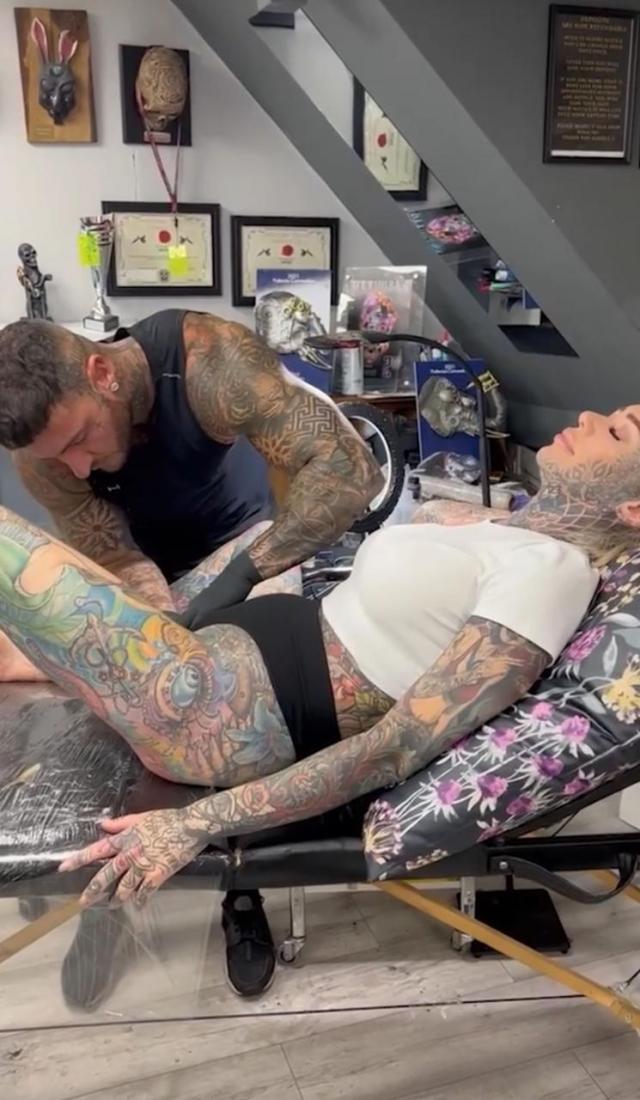 Almost a month on, Holt’s vagina is still “swollen” and she isn’t able to have sex with her partner, Ben.

“We won’t be able to be intimate until it’s finished healing which will be difficult for both of us as we have a very active sex life,” Holt divulged. “Foreplay for him only currently!”

Despite the sex drought, Holt’s beau has managed to find some humor in the situation.

“When I showed him how swollen it was he joked and showed me a picture of a ‘Monsters In.’ character saying my fanny looked like them,” the tattoo lover revealed. 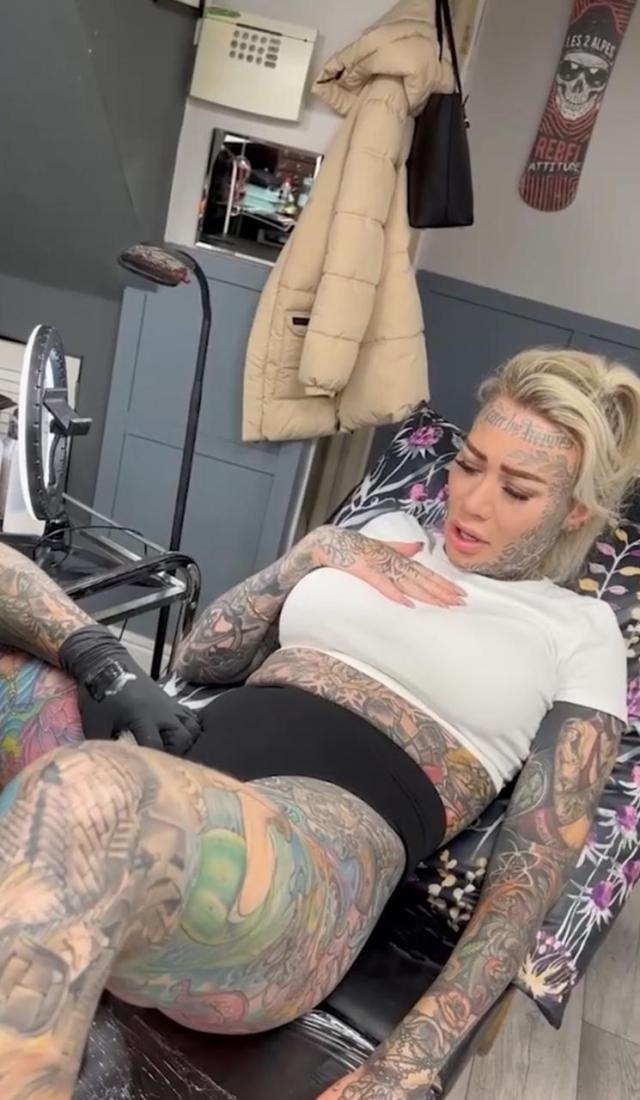 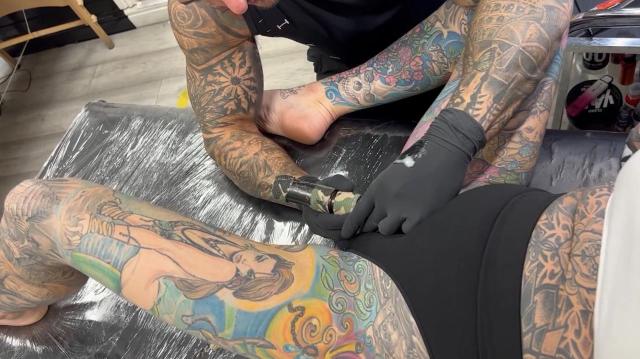 Holt didn’t divulge what design she chose to have permanently plastered onto her labia, but shared photos of her trip to the tattoo parlor.

The blonde was seen wincing in pain as she sat on a chair with her legs spread while the artist needled away.

Holt believes she’s one of the only women in the world to have her vaginal folds inked, and says admirers have praised her for enduring the painful process. 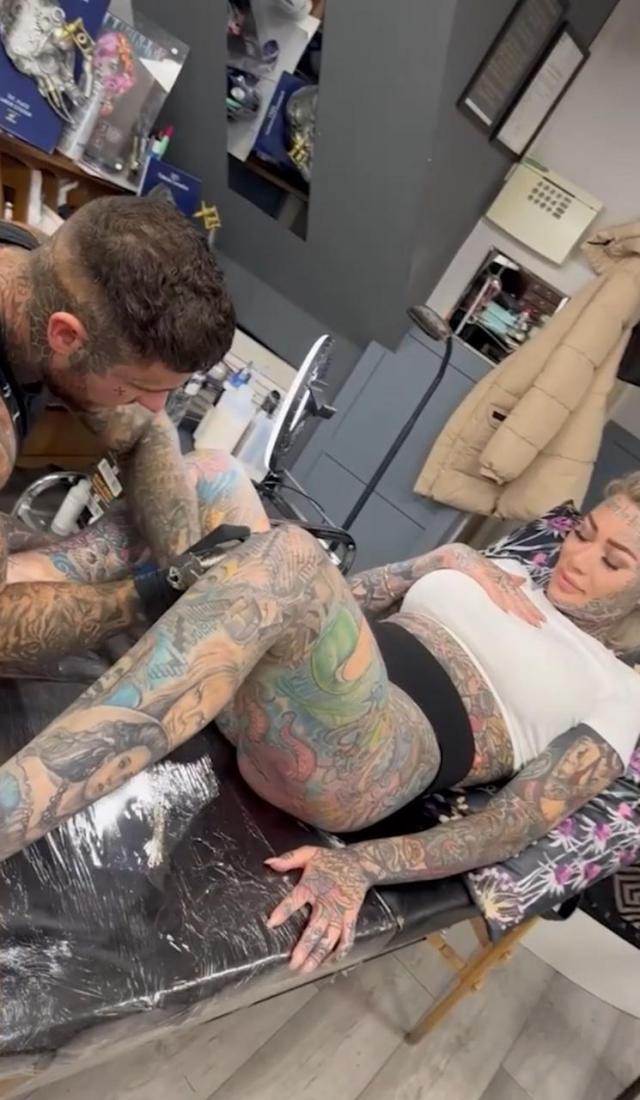