A parade pushing for an end to selective justice and release from prison Mussa John has started at Clock Tower in Blantyre.

John Mussa was slapped with 8 years jail sentence after being found in possession of Chamba two months ago. 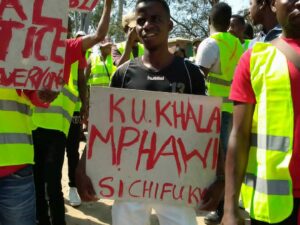 The court later reduced the sentence to three years. 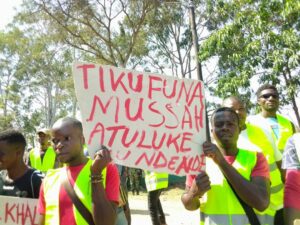 A visit to the place saw several people joining the parade.

Team leader, Penjani Kalua well known as Fredokiss is yet to join the parade.

Previous article
Catholic Priest Nabbed For Poisoning School Head Teacher
Next article
“If you wear a pant throughout the day, you’ve got serious problems” – Lady advises other ladies to change their panties 2-3 times daily (Photos)