Supporters of the former ruling Democratic Progressive Party (DPP) have stormed the Lilongwe Magistrate Court in Lilongwe to show solidarity to Tadikira Mutharika a step son to the country’s former head of state Peter Mutharika who is yet appear in court today following his arrest.

On Wednesday, Tadikira handed himself over to police and he was arrested in connection to Mzimba mass grave and he was charged with human trafficking, according to his lawyer Gilbert Khonyongwa. 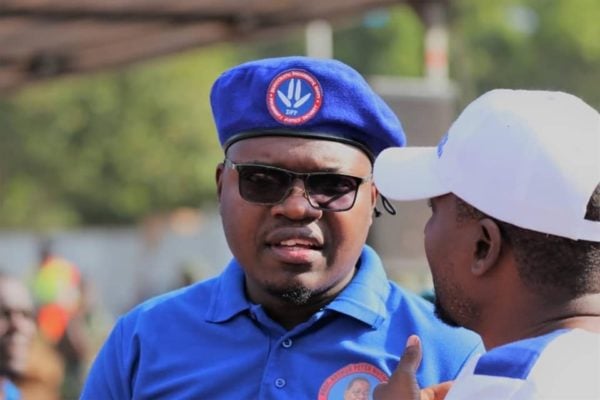 He will be appearing before the Lilongwe Magistrate Court today for bail application hearing.

Tadikira and his driver who also handed himself over to the police in connection to the same case are yet to arrive at the court.

Early this month, Mutharika, who is also Democratic Progressive Party leader, expressed shock on what he described as the government’s silence on the discovery of the mass grave; describing it as a sensitive issue.