Joyce Banda faulted on appointments as Chikankheni, Kaluwa retained as chair and deputy at MCCCI 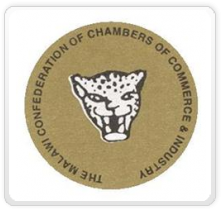 Meanwhile, the congress – which took place at the Comesa Hall, has called on new state President Joyce Banda to appointment competent cabinet ministers who deliver and help her improve the country’s economy.

During the elections held as part of the AGM, both Chikankheni and Kaluwa went unopposed, getting another two year term of office.

However, the meeting ushered in a completely new list of councillors with the southern region bringing in Theodore Nyamandi from Dairibord, Wilkins Mijiga from National Bank and Newton Kambala of Mkaka Construction.

The northern region will be represented by Janet Thindwa from Kentam Products, Happy Nyasulu of Phwezi Foundation and Dinesh Chugh from Vizara Rubber Plantation.

The central region will for the meant time have no representation until the next AGM as there were only two members present to compete.

According to the chamber’s constitution, members competing for a position should be present on the day for consideration.

The members, drawn from all the three regions of the country, noted with concern that over the years their concerns were not addressed by government as the line ministry which is ministry of Industry and Trade had no powers to influence policy.

The members also felt that treasury is squeezing them too much in terms of tax instead of addressing issues that would see the sector perform and contribute positively to the economy.

“We hardly attract foreign direct investment because of unattractive investment climate such as lack of power. Therefore external funding is necessary to fill our financial gaps. This is a reality of life,” said Chikankheni.

He described the year 2011 as the toughest as it was characterised by continued and worsening shortages of foreign exchange and fuel which have pass on effects on other industries.

Chikankheni also pointed out the ever increasing inflation rate which also dampened the outlook for Malawi businesses.

“The failure by Malawian companies to meet agreed terms of external transactions such as on time payments due to foreign exchange scarcity created a lot of challenges for businesses in the external environment,” he said.