A northern region-based grouping of ICT media practitioners; the Nyika Media Club (NMC), has asked the Malawi Communication Regulatory Authority (MACRA) to stop rushing in to give out operating licences to mobile phone service operators.

In 2002 the regulator gave Malawi Mobile Limited (MML), owned and operated by a consortium of Malawians and Mauritius Telecom, a licence to roll out its services as the third mobile phone company.

MACRA revoked the operating licence for the mobile phone company in 2005 arguing that they had failed to roll-out its network on time, but MML contended in court that the revocation was breach of contract as they were supposed to roll-out 12 months after the launch of the company.

But just last week on April 20, 2012, the High Court in Blantyre ordered the regulator to pay MML a staggering sum of USD66 million for breach of contract leading to a public outcry over the matter since MACRA never attempted to defend the case in court.

The company says its licence was however revoked when it was yet to launch the company and it therefore sued the regulatory body and the Attorney General for breach of contract and claimed USD135 million, but the court ruled that the amount in damages would be calculated at one half.

ŌĆ£How does that happen? My gut feeling is that there were big people in government behind the MML deal who made MACRA breach the contract so that so that MML should sue and at the end of the day they should share the loot,ŌĆØ speculated Nhlane.

He said MACRA has lawyers, some of who are its employees, and wondered why they did not advise management properly that it was going to pay through the nose if it breached the contract with MML.

ŌĆ£If they did let them bring out the evidence. They must tell us how they advised government. They must be taken to task,ŌĆØ said Nhlane who said this thievery and is another story the media should do.

MACRA gave G-Mobile a licence, as Globally Advanced Integrated Networks Limited (GAIN) in July 2008 and according to the agreement, the company was supposed to roll out before the end of 2009 or risk revocation of the licence.

They changed to G-Mobile to avoid confusion after the emerging of Zain on the mobile service industry.

In July this year, MACRA ordered G-Mobile to pay US$6.9m as penalty for failing to beat a third dead line to roll out.

This was following the regulatory bodyŌĆÖs announcement that it had started processing the revocation of the operation licence it gave to G-Mobile after its failure to beat a third deadline of 12 April 2010.

On 20 May 2010 MACRA, through the High Court of Malawi, imposed a penalty which gave G-mobile 30 days to pay the money or have its licence revoked. Instead of paying the money, G-Mobile instead went to the High Court where it took an injunction against MACRA, restraining it from enforcing payment.

After the expiry of the injunction, the company applied for an extension, which High Court Judge Justice Lovemore Chikopa granted. He extended the injunction because MACRA agreed to extend the deadline on condition that G-Mobile pays the penalty by 19 June 2010.

The judge ruled that all the parties in the matter should, by 9 August 2010, have exchanged all documentation including affidavits and skeleton arguments setting 23 August 2010 as the day the court would sit again for the case. The matter is still pending.

In earlier interviews, Mankhambo told a local the media that it had written G-Mobile on Monday February 22, 2010 to either roll out or have their licence revoked.

Ever since the company came on the scene it has been riddled with controversies including shareholding squabbles.

Within its period of preparations to roll out the company announced that it had entered a deal with South AfricaŌĆÖs Beryl Capital and Telecoms worth US$90m.

The deal which was for the supply, installation and commissioning of the company in the country was expected to enable G-Mobile to roll out and start its operations in the country by December last year as scheduled.

For the deal to work, local shareholders decided to sell 75% shares of a Botswana-based partner, Peter Lamplough, to Beryl Telecoms, a move that was legally challenged by Lamplough and rejected by MACRA.

A commercial court in Blantyre had given a nod to G-Mobile to engage Berlyl Telcoms proprietary Limited into its project after they complained to the court that Lamplough did not have money to invest in the project and was also uncooperative to allow Berlyl Telcoms, which had signed an agreement with G-mobile┬Ā to buy majority shares in the company.

Buton Monday September 20, 2010 MACRA announced that it had revoked the operation licence it gave to Global Advanced Integrated Networks (G-Mobile), a company expected to become Malawi’s third cellular phone service operator after its failure to beat several deadlines set for the company to roll out.

MACRA Public Relations Officer Zadziko Mankhambo was quoted at the time saying that the company has been given a number of deadlines which they failed to beat including one set for September 20, 2010.

ŌĆ£When we noted that there is nothing in terms of operation we had no choice but to revoke the licence because we have the mandate according to the powers vested on us,ŌĆØ he said.

G-Mobile is however adamant that they do not recognise this revocation describing MACRAŌĆÖs action as ŌĆśjumping the gunŌĆÖ and they are going ahead unperturbed setting their equipment on the ground.

ŌĆ£Our immediate response is that as far as we are concerned we are still moving ahead with the project. There were issues we contended with, in the way regulatory body handled our case and we took the matter to court and there is an injunction [stopping the MACRA from doing anything] at the moment this issue is in the hands of the court,ŌĆØ said G-Mobile Director of Administration Harrod Muyaba.

He said the fact that there have been a number of extensions means that there was some progress in the way the G-mobile was carrying out in their rolling out programme and it is surprising that MACRA has decided to take an action over a matter that is in court.

Just like MML G-Mobile through the High Court in Zomba managed to have MACRAŌĆÖs decision to revoke their licence dismissed.

The High Court judge in Zomba found the decision by MACRA as unconstitutional.

ŌĆ£A decision of a public authority may be quashed where the authority acted without jurisdiction, or exceeded its jurisdiction or failed to comply with rules of natural justice where such rules are applicable,ŌĆØ said Justice Godfrey Mwase.

He said MACRAŌĆÖs decision to revoke the licence on September 20, 2010 is ultra vires, unreasonable and invalid and must be quashed but said they can impose fresh penalty as long as they are within the law.

It is still known what the fate of G-Mobile in the mobile communication business is.

In November 2009, the Malawi government suspended decision by MACRA, which had awarded two licences to two companies when it had only advertised for one.

One licence was offered to Lacell Pvt Limited of Singapore while the other one was given to Expresso Telecommunications Group Limited from Dubai.

The countryŌĆÖs Anti-Corruption Bureau (ACB) instituted an investigation into how MACRA made this mistake.

Former Information and Civic Education Minister Patricia Kaliati is said to be at the centre of the probe as she is alleged to have ordered MACRA to award what would have been the fourth mobile phone licence to Expresso when it was Lacell that was picked.

Instead of leaving out either of the two, MACRA is said to have picked up both, signalling that Malawi will have five mobile phone operators, something which was pointed out by a local weekly, prompting ACB to start investigating the matter.

ACB was expected to probe the two companies as well as the then MACRA board chair Thengo Maloya who told the bureau that Kaliati approved the awarding of both licences to the companies.

Malawi-owned CELCOM Limited, run by MD Ted Sauti-Phiri, is expected to roll out services such as voice telephony and mobile voice telephone by October 2012.

MACRA communications manager Zadziko Mankhambo said in a statement released on Wednesday, 4 May 2011, that CELCOM Limited beat bidders; Zambezi Africa Telecom, C-Mobile Holdings and Smart telecom Limited. He further said the bids were opened on 19 March 2011 in the MACRA boardroom in the presence of all applicants and the public.

“This was followed by an intensive evaluation process conducted by a team of highly qualified professionals in the ICT industry,” he said.

Mankhamba said this development follows the Ministry of Information and Civic Education’s policy directive to licence more operators in the country to boost the ICT industry as well as spur competition which it hopes will enhance quality services.

But the media club chair, contends that with the past trend it is very likely that CELCOM will not roll out by October next year as scheduled and the country will be back to where it has been for over a decade now with only two mobile phone companies in operation. 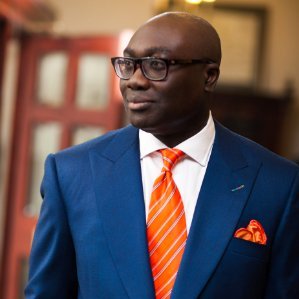 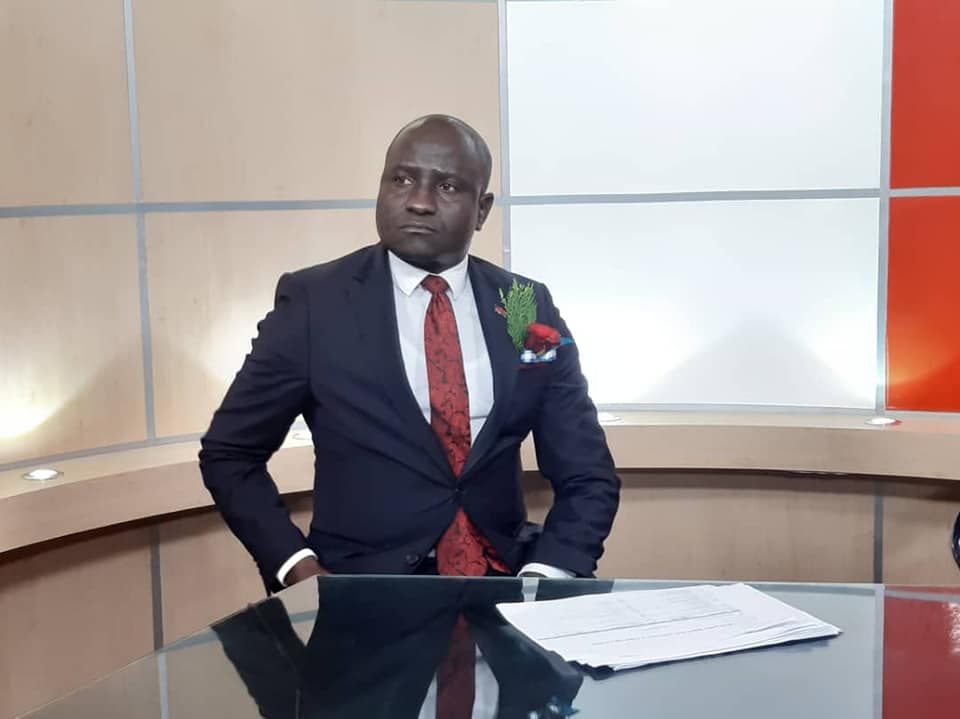