A study of young twins in Malawi, in sub-Saharan Africa, finds that bacteria living in the intestine are an underlying cause of a form of severe acute childhood malnutrition.

The research, led by Washington University School of Medicine in St. Louis and reported Feb. 1 in the journal Science, shows how dysfunctional communities of gut microbes conspire with a poor diet to trigger malnutrition.

The discovery is bolstered by additional studies in mice, showing that gut microbes transplanted from malnourished children cause dramatic weight loss and alter metabolism when the animals are fed a nutrient-poor diet.

“The gut microbes of malnourished children and malnourished mice do not appear to mature along a normal, healthy trajectory,” says senior author Jeffrey Gordon, MD, director of the Center for Genome Sciences & Systems Biology. “Feeding the children and the mice a high-calorie, nutrient-rich food had a temporary, beneficial effect on their gut microbes, but not enough to repair the dysfunction. Our results suggest we need to devise new strategies to repair gut microbial communities so these children can experience healthy growth and reach their full potential.”

Childhood malnutrition is a common problem in Malawi, and while a poor diet clearly plays a critical role, it is not the only factor. Scientists have long puzzled over why some children are afflicted by the condition but not others, even those in the same household who eat the same foods. This has led to the realization that a lack of food alone cannot explain its causes.

The standard treatment is a peanut-based, nutrient-rich therapeutic food, which has helped to reduce deaths from the condition. But the new study shows that the therapeutic food only has a transient effect on the gut microbes. Once the therapeutic food is discontinued, the community of microbes in the intestine and their genes revert to an immature state, in the children and in the mice.

This may explain why many malnourished children gain weight when they are treated with therapeutic food but remain at high risk for stunted growth, neurological problems and even malnutrition and death after treatment is stopped, the researchers say.

The new study followed 317 sets of twins in Malawi for the first three years of their lives. During this time, half of the twin pairs remained healthy, and in the others, either one or both twins developed malnutrition. The researchers focused on children who developed a form of malnutrition called kwashiorkor. The illness is associated with swollen bellies, liver damage, skin ulcerations and loss of appetite, in addition to wasting.

The researchers were particularly interested in twin pairs in which one twin remained healthy and the other became malnourished. This occurred just as often in fraternal twins as identical twins, pointing to a factor other than human genes.

So, Gordon and his team looked to another source of genes — the microbial genes in the gut. These genes extract nutrients and calories from the diet, synthesize vitamins and nutrients and help shape the immune system.

In Malawai, the typical diet consists of a corn-based porridge that lacks sufficient vitamins and minerals. When a child in the study became malnourished, the standard of care was to give both twins the therapeutic food to limit food sharing.

This allowed Gordon to track the gut microbes just before, during and after treatment with the therapeutic food. While the food seemed to kick start maturation of the gut microbiomes of the severely malnourished children, its benefits were only temporary. Four weeks after the therapeutic food was discontinued, the gut microbiomes of the malnourished children either failed to progress or even regressed, while those of the healthy co-twins continued to mature on a normal trajectory.

Delving deeper, the researchers transplanted the gut microbes from healthy and malnourished co-twins into groups of germ-free mice that had been raised under sterile conditions.

Mice transplanted with malnourished children’s gut microbes and that ate a typical Malawian diet experienced substantial weight loss, while those that had the healthy twin’s gut microbes and ate the same nutrient-deficient diet did not. And although the microbiomes of the “malnourished” mice did mature when they were fed the therapeutic food, they tended to revert to a malnourished state when the village diet was resumed.

Looking more closely, the researchers found that mice with the gut microbes transplanted from a malnourished twin carried some species of bacteria associated with human illnesses, including inflammatory bowel disease. Moreover, the combination of a nutrient-deficient diet and a malnourished microbiome altered carbohydrate and amino acid metabolism, and reduced the availability of sulfur, which may contribute to weight loss. In addition, a central metabolic pathway for extracting energy from food also was disrupted.

“These findings suggest that energy metabolism may be a bigger challenge for these children when they are exposed to a nutrient-deficient, low-calorie diet,” Gordon says.

“There is much more work to do,” Gordon says. “It may be that earlier or longer treatment with existing or next-generation therapeutic foods will enhance our ability to repair or prevent the problems associated with malnutrition.

“We are also exploring whether it is possible to supplement the therapeutic food with beneficial gut bacteria from healthy children, as a treatment to repair the gut microbiome,” he explains. “We hope that these studies will provide a new way of understanding how the gut microbiome and food interact to affect the health and recovery of malnourished children.” 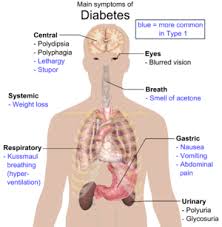 Increasing cases of diabetes in Malawi 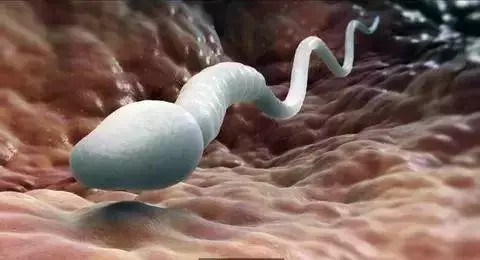 Foods That Can Damage Your Sperm Cells