The last wish of a dying woman to see the beach one final time, has been fulfilled by paramedics who took her to where she wanted to go. 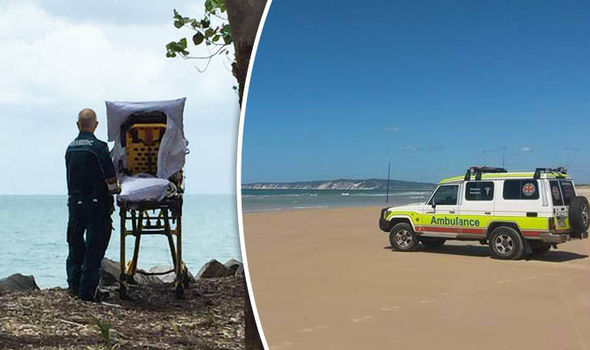 Metro UK reports that the ambulance crew have been praised by thousands of people for going above and beyond after sharing the heartwarming story on social media.
Queensland Ambulance Service told the story of Danielle and Graeme, the medics who made the decision to divert their ambulance in Hervey Bay, Australia, to its Facebook followers.
‘A crew were transporting a patient to the palliative care unit of the local hospital and the patient expressed that she just wished she could be at the beach again,’ the Facebook post read.
‘Above and beyond, the crew took a small diversion to the awesome beach at Hervey Bay to give the patient this opportunity – tears were shed and the patient felt very happy.
‘Sometimes it is not the drugs/training/skills – sometimes all you need is empathy to make a difference.’
The ambulance crew’s post gained more than 41,000 likes and over 12,000 shares on Facebook.
But something even more incredible took place in the comments section.
People began sharing their own experiences and stories of ambulance crews and hospital staff going above and beyond.
Some of the heartwarming stories came from paramedics themselves, others from appreciative family members.
(Visited 59 times, 1 visits today)
Tips

Previous articleMnangagwa told Mugabe, he will be safe in Zimbabwe
Next articleMwenifumbe to challenge Chihana at AFORD convention