In an alarming development, the chronic water shortages in Zimbabwe,Harare have led to desperate women being exploited by water barons in Harare’s Tafara and Mabvuku suburbs.

The suppliers of water are alleged to be demanding sexual favors in order to allow women to access water bowsers. Those who refuse to comply allege that their areas are no longer being serviced by the water bowsers.

According to NewZimbabwe, these disturbing allegations were revealed at a Water Dialogue Forum held in Mabvuku on Monday. The event was organised by the Combined Harare Residents Association (CHRA), Community Water Alliance (CWA) and Women and Law Southern Africa (WLSA).

Some of the women who attended the event spoke out against the exploitation that there were facing in accessing the water bowsers. One woman is quoted as saying,

“The drivers and volunteers of water bowsers are openly asking for sex in order to supply us with water, we refused and are no longer supplying our section with water,”

“The water situation has not spared even the young women who are giving in to the demands of the volunteer workers distributing water.

“The water distribution has increased vulnerabilities among women as they come as late as 7 pm distributing water in Mabvuku.” 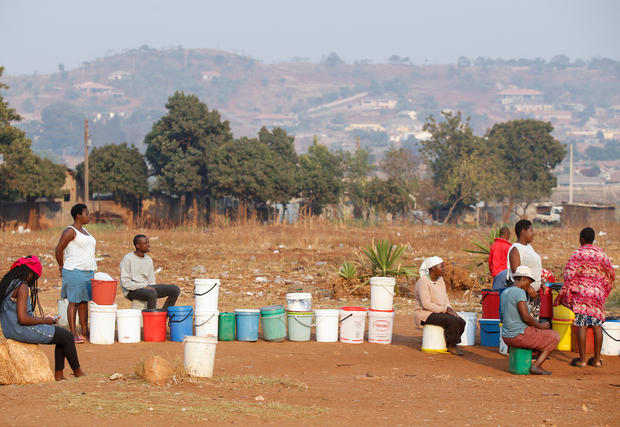 A police officer who was at the event urged women to report the cases so that the police can deal with them. Mabvuku Police Victim Friendly Unit representative, Sergeant Dube said

“Any form of violence against women and girls must be reported to the police and we are ready for action”.

The councillor for one of the affected areas, Councillor Wutaunashe of Ward 46 blamed the Harare City Council for frustrating efforts to provide more water sources.

“…there is a partner who wants to rehabilitate 36 boreholes and sink four more boreholes in Mabvuku –Tafara.

“But city officials have not been forthcoming in writing a report on the needs which is required by the partner and if the papers are not done by Friday this week, the partner will pull out.”