Minister of Homeland Security Richard Chimwendo Banda has come out of his cocoon to defend himself on remarks calling upon Malawians to be vigilant by administering mob justice on people caught defiling Children, saying he was quoted out of context.

Chimwendo Banda’s clarification comes following calls for his immediate resignation by Centre for Human Rights and Rehabilitation (CHRR) and Youth and Society (YAS).

In the statement Banda said he meant to communicate that:”Rape and all forms of sexual violence against women and children MUST be treated as heinous crimes they are.

“Malawians at all levels of our society MUST act with vigilance in apprehending and handing over to law enforcement agencies, all perpetrators of these deplorable criminal conduct.The culture of shielding or excusing these barbaric actions MUST COME TO AN END; and Community Policing Structures and Local Leaders must take a lead in this fight.”

He added:”I did not intend to and do not in any way condone or support mob justice or unlawful handling of suspects of sexual offences. Any interpretation or suggestion to that effect is regretted.”

Malawi has recently experienced a sharp rise in rape and defilement cases with the latest being the defilement of 5 months old baby in Zomba. 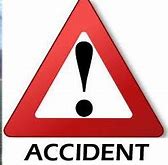