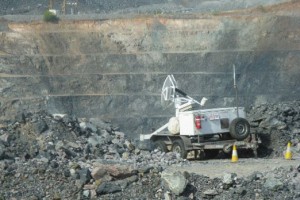 An international mining industry grouping, Intergovernmental Forum on Mining, Minerals, Metals and Sustainable Development (IGF), says it is concerned with contracts between investors and governments especially in developing countries, saying they tend to be skewed in favour the investor.

IGF President Leonard Kalindekafe told the Business Times in Zomba on Friday that there was a concern among members of the grouping that some investors were taking advantage of governments’ lack of expertise to strike deals that bring little profits. ”This is a big concern to the Forum because some bona fide countries are not able to realise full benefits from their minerals,” he said.

IGF is a 43-member forum whose objective is to improve, enhance and
promote the contribution of the mining, minerals and metals sector to
sustainable development and poverty reduction.

IGF’s views follow remarks by Reserve Bank of Malawi Governor Perks Ligoya last December during which he protested the generous allowances the Malawi government provided to Australia’s Paladin Energy in the Kayelekera uranium mining deal in Karonga.
Kalindekafe, who is also director of Geological Survey in Malawi’s
Ministry of Energy and Mining, said many governments do not have
skilled personnel and are hoodwinked into signing contracts they
little understand with the results being contracts that are
regrettable.

He said some investors ask for soft conditions such as tax holidays
that, in some instances, do not make much sense other than benefiting
their business interests at the expense of the host country.

Kalindekafe, therefore, called for the training of mining lawyers so
that governments negotiate deals from a knowledgeable point of view.

He also observed that many mining companies were ring-fencing their
projects, a move he said was depriving countries of full revenues.

Ring-fencing is a scenario where a company has several projects
usually in more than one country.

“At the end of the year, they calculate their proceeds by combining
all their projects often declaring losses at the expense of the one
that made profits,” he said…..”Governments must train its mining lawyers and accountants who understand mining investment who can follow those companies to determine whether the losses they declare are genuine,” Kalindekafe said.