I never thought that i will set my foot in a post office again! I had altogether given up the idea of writing letters with the advent of new technologies. However the past three months has seen me going to various post offices over 10 times. All these times i was there to send or receive money through the Fast Cash Money Transfer.

Sending and receiving money has never been this easier! This service has won the hearts of many Malawians especially from the rural areas and students who cannot afford the luxuries of gracing the commercial banks. Post offices are strategically located in all the districts of Malawi and are serving the rural folks efficiently. 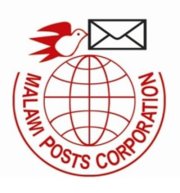 Fast Cash Money Transfer is an initiative of Cash For Africa and is operating in many African countries. As an agent, Malawi Posts Corporation is doing its best to make this service successful despite some challenges faced.

Network – This is one biggest challenge that Fast Cash is facing. Most of countries post offices are deep in remote areas where maintaining a network is a very daunting task. Since the service involves communication through computers over a network, it some times slows down the process of sending or receiving money.

Electricity blackouts – This is a song everyone in Malawi knows by now. Without electricity no transaction takes place. This becomes worse if the blackouts are prolonged.

Congestion – Most of the people who are using this service in urban places are using it as an alternative to the congested banks and sending to their relatives who have no bank accounts. However as a lot of people discover the efficiency of this service, more and more people are using it thereby crowding the once dormant post offices.

Even though the Fast Cash Money Transfer is transforming the outlook and the image of the Malawi Posts Corporation, there is need to do more to win back the faith of many Malawians. In these technology times we cannot afford to post a letter to Blantyre and wait for a week!