The Malawi ministry of tourism has urged international flight operators to consider revising their rates because the current prevailing high costs are counterproductive.

Tourism minister Daniel Liwimbe made the call at Kamuzu International Airport in Lilongwe on Sunday when he officially inaugurated flights of a new South African Airways gigantic aircraft Airbus A330.

The minister expressed concern that the cost of air travel from Malawi to most destinations in the world is very expensive compared to other routes which are even shorter, wondering why it is cheaper to fly from Durban in South Africa to Perth in Australia than flying from Durban to Lilongwe.

ŌĆ£This is a bone of contention and us, as Malawians, we are really concerned. That is why we are urging them to rethink or go back to the draw board and do some good arithmetic.

The minister said government is working on modalities of rectifying the problem much as he recognizes that there is lot that goes into an air ticket including commissions for travel agents and fuel.

ŌĆ£These issues can be addressed by adding capacity on the routes. If you look at routes like Lilongwe-Blantyre, the more flights you have on the routes into an area means you are offering more seats on the market, thatŌĆÖs where now the issues of demand and supply come in.

ŌĆ£The scenario of Malawi where we donŌĆÖt have many flights operating into the country restricts the number of seats that be sold on the market as a result there is more demand for seats but less supply, so that automatically pushes up the faresŌĆØ the SA Malawi boss said.

Mr. Chikaonda also added that there is need to open up the countryŌĆÖs skies for international flight operations to have no restrictions to the number of times they can fly into the country which he said can help push down the fares.

Bilateral agreements that Malawi has with other countries restrict the number of flights into the country by foreign registered operators. This was apparently done as a means of protecting the domestic industry at a time when Air Malawi was a vibrant airliner.

With Air Malawi now almost dysfunctional, the tourism minister said there is need to for international flight operators to enhance their business in the Malawi saying air travel is essential in improving the tourism sector and the economy at large.

He added that access to a country is very crucial in improving tourism.

ŌĆ£Access to a country to a very is important. And part from access there is speed, so airlines bring both access and speed to any destination. Airlines do contribute a lot to tourism. In the SADC region we need a good airline network because they are the one who bring in the tourists,ŌĆØ observed Mr Chikaonda.

Minister Liwimbe concurred with Mr. Chikaonda that the coming of the Airbus will increase the traffic of aircraft flying to Malawi, citing the fact that the Sunday flight had up to 190 passengers on board.

The new aircraft launched by South African Airways is a 222-seater Airbus A330. ŌĆ£It is very comfortable plane. Both the take-off and landing were pleasant and also the flight attendants were very friendlyŌĆØ, said Mr Harvey Machinjiri, one of the passengers who enjoyed their flight on the inaugural trip.

The aircraft is currently scheduled to fly into Malawi once a week, but the minister hoped with improved trade the frequency will be increased. 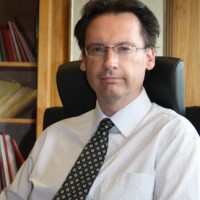 Malawi could have become a failed state without devaluation 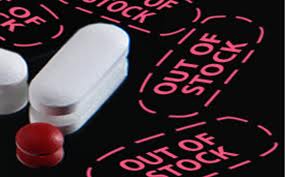