Irish President Michael D. Higgins will visit Malawi and other African countries on a development tour.

This is the third major overseas visit by the President this year, following on from the historic State Visit to the United Kingdom last April and an official visit to the United States in May. The President also attended the Festival Interceltique de Lorient and two World War I commemorations in Belgium in August.

This visit will recognise and build on Irelandâ€™s strong historic relationship with Africa, the major contribution of Irelandâ€™s development aid programmes and Irish missionaries, and will aim to strengthen bilateral partnerships for the future. During the visit the President will address pan-African themes including sustainable development, climate change, human rights and urgent challenges posed by population movements and the current Ebola crisis.

â€śIrelandâ€™s relationship with Africa is an important area of our foreign policy and an area which is increasing in its significance because of global issues such as food security, ending poverty and the emerging discussion on new models of development. Over recent decades, our relationship with Africa has mainly centred on our development aid programme. This visit will recognise the immense contribution that Irish Aid, Irish aid agencies and workers and missionaries have made in Africa and will include visits to a range of aid projects in both Ethiopia and Malawi. I will also engage with the current debate on the future of Africa and its global relationships.

We now face a turning point in the relationship between Ireland and Africa; a relationship which in this century will be increasingly about partnership, cooperation, and a fair and just trade. Based on our history, Ireland has a strong reputation in Africa and as Africa advances we are in a strong position to work together in friendship.â€ť

In Ethiopia the President will travel to Gambella and will meet South Sudanese refugees in camps supported by Irish Aid and Irish development agencies including Goal and Concern.

At the United Nations Economic Commission for Africa in Addis Ababa the President will deliver a keynote address on the changing nature of the relationship between Europe and Africa. He will also meet with the pan-African representative body, the African Union Commission.

In Malawi the President will meet with local communities, Irish NGOs and participants in Irish Aid programmes and will deliver a keynote address on Development, Food and Land at Lilongwe University of Agriculture and Natural Resources.

In South Africa the President will deliver a keynote address on human rights at the University of the Witswatersrand and a keynote address at the University of Johannesburg, Soweto Campus on the opportunities for South Africa 20 years after the first democratic general elections took place. In Johannesburg President Higgins will meet with the Chief Justice and Justices at the Constitutional Court.

He will also visit an Irish Aid supported NGO working on tackling Gender-Based Violence. During the course of his visit to South Africa the President will meet with and acknowledge the growing Irish diaspora in the region. 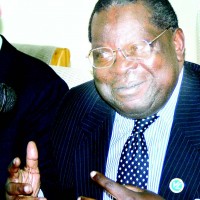