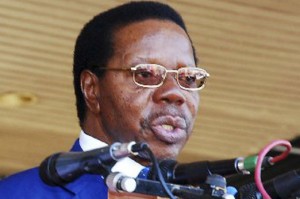 Opposition legislators in Malawi have summoned President Bingu wa Mutharika to appear before Parliament Monday to answer questions on fuel scarcity following his ministers’ failure to give satisfactory answers.

Leader of the Official Opposition John Tembo evoked Parliamentary Standing Order 50, which allows the House to demand availability of the President to provide answers on subjects which the ministers have failed to respond to.

“The President has to come and address us since you ministers are failing to provide satisfactory answer to the fuel situation in the country,” he said.

However, Leader of the House George Chaponda said there was no need for President Mutharika to appear before the House, as the ministers were capable of providing the answers as mandated.

On Sunday, President Mutharika challenged Malawians to a public debate that he said would be held in two weeks time, where problems rocking the country would be discussed.

“In two weeks time, I will hold public lecture where I would ask you to ask me any question on any subject. I want to discuss problems that are affecting the country,” he told journalists at a press conference.

Meanwhile Petroleum Importers Limited (PIL) – a company mandated to import fuel in Malawi, called upon people in possession of foreign currency to sell to the corporation since it could not generate enough forex from the banks to buy fuel.

Malawi is experiencing unprecedented fuel crisis, which has been attributed to scarcity of forex in the country.

By REX CHIKOKO in Blantyre