Repealing a colonial-era ban on homosexuality may please foreign donors, intent on protecting democratic rights of minorities. But it causes a stir among churches and conservative Malawians. 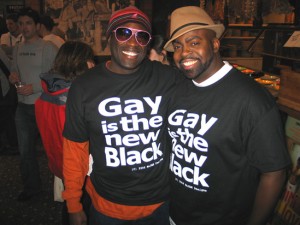 President Joyce Banda has announced her intention to repeal a number of laws that have made Malawi into a pariah state, from its ban on homosexuality to broad police powers of search and arrest, to a law that allows cabinet ministers to shut down newspapers.

Announced in Parliament on Friday, the planned repeals come at a time when Malawi – an impoverished state of 14 million, half of whom live on less than a dollar a day – is seeking to reestablish links with Western donor nations that were severed during the tempestuous final years of the late Malawian President Bingu wa Mutharika.

The repeal of the ban on homosexuality and on same-sex marriages may appeal to foreign donors, but it would be a deeply unpopular move for many Malawians, who regard homosexuality to be a sin and, as Malawi’s colonial-laws call it, “an unnatural act.”

In 2010, President Mutharika’s administration came under heavy fire from the international community after a local court sentenced a gay couple to spend 14 years in prison for practicing homosexuality. United Nations Secretary General, Ban Ki Moon, flew in to the capital of Lilongwe to address an impromptu meeting of Parliament before a private meeting with Mutharika to express concern about the severity of the court’s decision.

The gay couple, Tionge Chimbalanga and Steven Monjeza, were later released following a presidential pardon but the law remains in force.

President Banda’s announcement has sparked a debate over whether Malawi should accept everything that the donors tell them to do, even if it is against the cultural and religious background of the society.

Among the strongest views come from Malawi’s powerful evangelical community. Billy Mayaya of the Church and Society, a social and development wing of the Church of the Central Africa Presbyterian [CCAP] of Nkhoma Synod in Lilongwe, says that President Banda should consult with citizens before making such a drastic change in Malawian law.

“There is need for proper consultation before the law if referred back to the Malawi Law Society and then Parliament, says Mr. Mayaya. “Malawians need to be consulted. Over the years, the church has also made its stand on this sticky issue very clear. I feel Malawians have the right to discuss what constitutes different sexual orientations before a law is put in place.”

The Nkhoma Synod, in a pastoral letter, wrote that the Bible condemns homosexuality.